‘There is nothing in this world that does not change, nothing remains forever as it once was.’ (Zhuangzi 365-290 BC)

After spending four action packed days in the ancient walled city of Xi’an I headed to Guilin in the evergreen south west of China for a taste of the rural life. Arriving by China Southern Airlines, Michael, my local contact-to-become-friend, met me at the modern airport and we headed into town to check out some hotel accommodation used by his company, China Educational Tours.

Guilin is said to be one of China’s most beautiful cities and it certainly lives up to its reputation. Formerly romanized as Kweilin, this prefecture-level city in the northeast of China's Guangxi Zhuang Autonomous Region is situated on the west bank of the Li River and borders Hunan and Guizhou to the north. Its name means "Forest of Sweet Osmanthus", owing to the large number of fragrant sweet osmanthus trees located in the city. The city dates back to 314 BC and has long been renowned for its scenery of karst topography and is one of China's most popular tourist destinations.

This was my second visit to this beautiful, picturesque region of China, with its fantastical dramatic landscape of karst mountains and crystal clear rivers.

I was fortunate to be taken by Michael to meet some of the local families including Mr Li an old farmer just outside Yangshou, who showed me around his farm, which boasted a spectacular karst mountain behind the house. The old house where he was living was simple and sparsely furnished, with a family shrine dedicated to his mother and other ancestors taking pride of place. On the other side of the courtyard were the brand new buildings financed by his working children. His wife was living in the city to care for the grandchild, so he was living there on his own, tending his vegetables and fish pond and seemed quite happy with his lot in life.

But the ancient countryside villages of China are changing and the Guangxi province in the south of China is no exception. As young people move to the cities to study and work, the population of the rural, agricultural areas is ageing, with the older folk left behind to till the soil. Money is sent home and modern housing is springing up, leaving the picturesque old villages to crumble into ruins. Quite understandably, people are happy to move from their traditional houses into modern homes with running water and electricity. When working urban parents need help with their young children, often Nainai (Grandma) is brought to the city to help out, leaving Yeye (Grandpa) to hold the fort back on the farm.

The rural folk are wonderfully warm and welcoming and time has stood still for many of them. Fortunately their age old cultures, steeped in tradition, have been preserved in their weddings, the funerals, feast days and festivals. But time is of the essence as more and more groups of tourists from China’s burgeoning new middle class, and international travellers, are seeking out these remote areas on the fringes of the People’s Republic.

The south-west of China with its bizarre mountain scenery and evergreen hills, is home to the hardy, adaptable peoples who settled the triangle of land covering Yunnan, Guizhou and Guangxi – age old ethnic groups such as the Hmong (Miao) Hani, Bouyei and Yao.

In the north of Guangxi province are the Yao people, who can still be found in the remote forest villages in the mountainous Longji region south of Guilin, where the famous mountain side rice terraces can be seen. With a warm, bright disposition towards strangers the Yao are a diverse ethnic group, with an age old intact and traditional way of life.

The Yao people have maintained their own ancient rituals and customs, lifestyles and beliefs. The glowing luscious pink of the women’s clothes, their opulent hairstyle, draped with all kinds of cloths and ribbons recalls a mystical China, beyond the mainstream of an economic power looking to the future.

Most of them came from the north many generations ago, migrating not only to these rough margins of the giant empire, but often reaching as far as Myanmar (Burma) Thailand, Laos and Vietnam.

It is here, in climatic zones ranging from cold and wet, to subtropical, that the ethnic diversity of the People’s Republic of China reveals itself in an impressively concentrated form. More than half of China’s 55 ethnic groups live in this tucked-away region where age-old cultures whose myths and customs, in the absence of written characters of their own, are often still handed down through stories, embroideries, dances and songs.

Although the Han Chinese constitute 92 percent of the population of China within its far flung boundaries, the ethnic ‘minorities’ (shaoshuminzu) account for no less than 91 million of its inhabitants,(roughly equivalent to the combined populations of Germany and Austria) and comprising 55 officially recognised nationalities in the diverse regions of this vast country. Around 11 of the 91 million are in China’s border regions and economic centres, either as recent immigrants or long-established peoples.

The remaining 80 million are overwhelmingly in the clearly defined autonomous regions and enclaves formed by nature. Many are settled, some wander as nomads throughout the year, or during certain seasons. Some are traders, other devote themselves to agriculture or are craftsmen. Linguistic groups and dialects abound, as do all pure and mixed forms of animist, shamanic and world-religion beliefs.

Time has stood still for many of these peoples, cultures steeped in tradition have been preserved, the weddings, the funerals, feast days and festivals. But time is of the essence as more and more groups of tourists from China’s new middle class, and international travellers, are seeking out the remote areas on the fringes of the People’s Republic.

In a generation or two the old traditions will have been commercialised and no one will be able to tell the difference between authentic and simulated folklore.

So don’t wait, ask Forever Young Adventures to take you there to seek out the old paths, villages, places and peoples now, before they vanish 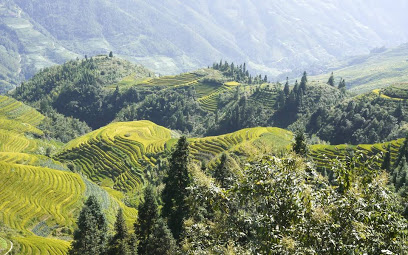 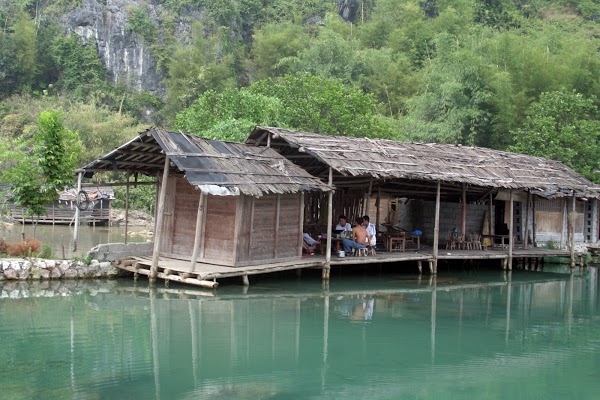